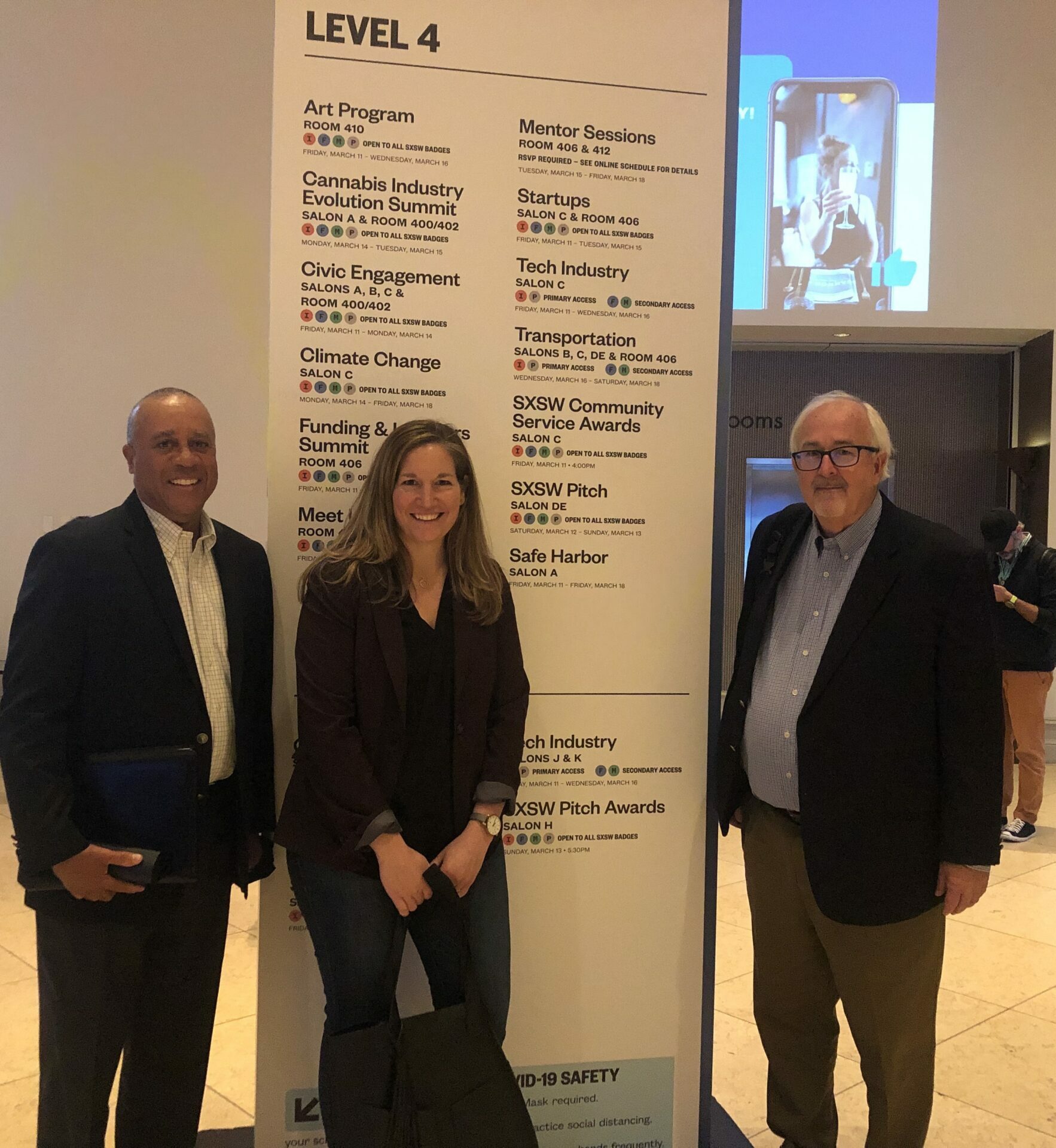 ICYMI: Everything you need to know about our climate resilience panel at SXSW

At this year’s conference, we presented our insights on Visualizing the Resilience Divide, exploring how disasters differently impact people in the same community. To illustrate this point, we showcased partner research by the city of Seattle, which found that different types of earthquakes produce outsized impacts on different populations. For example, 81% of low-income residents are impacted the harshest in one earthquake simulation. In contrast, more than half of Seattle’s Black residents are disproportionately vulnerable in another.

Breaking Down the Resilience Divide

In addition to presenting our case study, we dove into the complexities of the resilience divide with a panel discussion featuring Craig Fugate, Chief Resilience Officer, One Concern, Jim Featherstone, former General Manager of Emergency Management for Los Angeles, and Samantha Phillips, former Director of Emergency Management for the state of Massachusetts and the city of Philadelphia. With their decades of collective experience in mitigating hazard risk to American communities, our speakers’ main themes were:

Climate change isn’t a future problem; it is happening now and making climate adaptation an urgent task. Fugate explains the issue has already materialized and will only continue to worsen. It’s critical that as climate change intensifies, we prioritize the needs of those most impacted.

Dependency risk is the new risk to resilience divide

We also discussed the importance of advanced risk assessment that integrates infrastructure risk. Traditional risk assessment focuses only on direct structural damage to buildings, not the interruptions to the broader community or infrastructure dependencies, like power grids or airports. New technologies, like One Concern’s Digital Twin, can visualize the full spectrum of dependency risk and, in doing so, expose the resilience divide — the different areas of a city and diverse populations might be impacted by a hazard. What’s measured can be managed, enabling precise mitigation that saves lives and minimizes damage.

The Human Cost of Climate Change

When calculating the possible impact of hazards and how best to spend resources to mitigate them, governments have traditionally utilized building values as the basis for capital allocation. The overall accepted ROI being for every $1 spent on mitigation, governments save between $4 -$9 in building damage costs. But determining the ROI for disaster preparation needs to incorporate another factor: people. Instead of restoring the most valuable properties, governments need to invest in resilience in less-resourced neighborhoods that are often left out of mitigation spending because of their low property values. As a result, these neighborhoods are marginalized and disproportionately forced from their homes during a natural disaster.