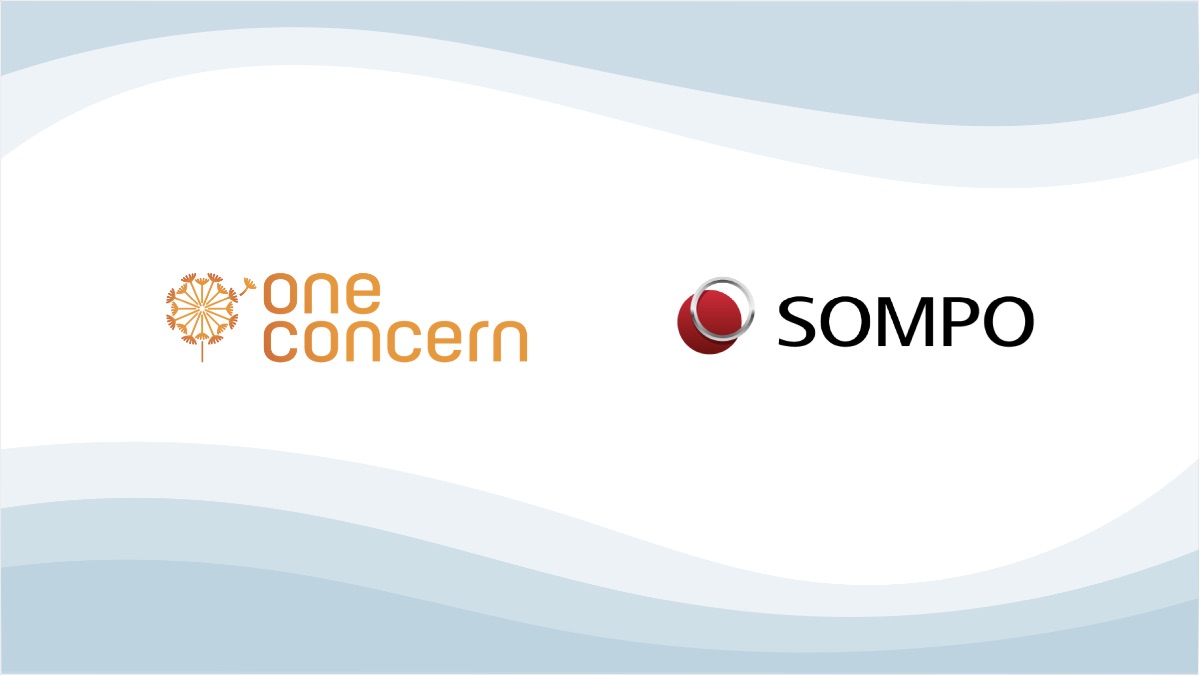 SOMPO Holdings, centered on one of Japan’s leading insurance companies, SOMPO Japan, has the mission of creating a “Theme Park for Security, Health and Wellbeing of Customers.” One Concern, a resilience-as-a-service solutions provider, has the mission of making disasters less disastrous by leveraging science and advanced technology.

“One Concern and SOMPO are paving the way for Japan and the entire world to see that resilience is an urgent ‘must have’ — now more than ever,” said Ahmad Wani, CEO and Co-Founder, One Concern. “The world wakes up each day facing an uncertain future – whether it’s the current global pandemic, California wildfires, or twin tropical storms in the Caribbean. Reducing that uncertainty to build lasting resilience is at the heart of what One Concern does.”

Last year, SOMPO and One Concern initiated a pilot project in Kumamoto City, Japan, leveraging SOMPO’s local knowledge and expertise with One Concern’s award-winning seismic and flood technology. Under the new agreement, the companies will expand into additional local geographies and expand beyond local government to target private customers.

One Concern was first introduced to SOMPO by Geodesic Capital, an early investor in One Concern. Last year, One Concern closed a $37 million Series B equity financing round co-led by NEA and Sozo Ventures. As part of the Series B transaction, Sozo Managing Director Koichiro Nakamura joined One Concern as a Board Observer. In addition to NEA and Sozo, SOMPO, SB Energy and Plum Alley joined the round. All existing investors also participated in the Series B round. One Concern has raised a total of almost $75 million to date.

One Concern Partners with WTW to Bring Climate Resilience Scores to the U.S. Insurance Market